Why the U.S. Federal Reserve Was Created

Why the U.S. Federal Reserve Was Created 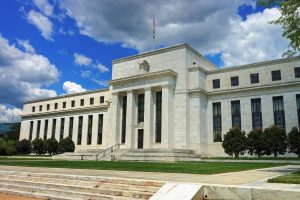 During the American War of Independence, to finance the war costs, the Continental Congress authorized the printing of paper money. These became known as “continentals” and were printed in exponentially greater quantities as the war progressed to the point where inflation became rampant and the currency virtually worthless.  From 1775 to 1791, most commerce was conducted in gold or silver, often using Spanish Doubloons.

In 1791, at the urging of Treasury Secretary Alexander Hamilton, Congress established the First Bank of the United States. Agrarian interests conflicted with those of financial and urban businesses, and there was a power struggle over the control of commerce. Shortly after winning independence from England, Americans were wary of central banks and big government. In 1811, by a very narrow margin, Congress did not renew the bank’s charter. Five years later, again by a narrow margin, Congress authorized the Second Bank of the US, which also was not renewed at the end of its 20-year charter in 1836.

The period from 1836 until the end of the Civil War was known as the Free Banking Era. State-chartered and unchartered banks issued currency, mostly redeemable in gold or silver. After the experience with runaway inflation and worthless continentals, commerce was transacted via paper currency that was redeemable for hard assets. However, the exchange rates between banks were high and if a bank went under, their notes became worthless. The era was rife with scams. In 1863, the National Banking Act was passed, establishing nationally-chartered banks. High taxes on state-chartered bank currency drove demand for currency issued by the newly-chartered banks, effectively creating a uniform national currency.

For most of the 19th century, the US had paper currency that was redeemable in gold or silver, which made it inelastic. Especially in the post-Civil War period, the country experienced a series of robust economic expansions alternating with severe economic contractions. The discovery and mining of gold and silver was not in sync with commerce’s need for increasing money supply. This meant that during an expansion, there wouldn’t be enough currency to enable buyers to acquire goods, causing prices to fall.  During a contraction, demand would decrease resulting in monetary surpluses, creating inflation. These shortages and surpluses exacerbated the severity of the economic booms and busts. In the 1890’s there was a deep and lengthy depression.

Market and economic panics continued into the early 1900’s with the Panic of “Aught 7” (1907) being particularly severe. The market only stabilized when J.P. Morgan stepped in as the lender of last resort, effectively acting as a central bank. Senator Nelson Aldrich, who originally opposed a central bank, went to Europe to study the central banks of England, France, and Germany where financial panics were far less frequent, and eventually became a proponent. Congress passed the Aldrich-Vreeland Act in 1908, which authorized emergency currency issuance during times of crisis and established a Monetary Commission, whose purpose was to find a long-term solution to the banking and monetary problem. The Commission eventually proposed creating a Federal Reserve.

In 1933, during the depths of the Depression, under President Roosevelt, the US recalled all Certificates, outlawed the ownership of gold bullion and coins and subsequently announced that the US would redeem dollars from international trading partners at $32 per ounce. This was effectively a 50% devaluation of the US Dollar. Countries around the globe did the same thing, which negated the benefit of devaluation. All of this further stretched the connection between the US Dollar and gold.

Finally, in 1972, President Nixon eliminated the fixed conversion rate, severing the dollar’s connection to hard assets.  Since then, the US (and now all other countries) has had a Fiat currency backed only by the “Full Faith and Credit” of the United States.