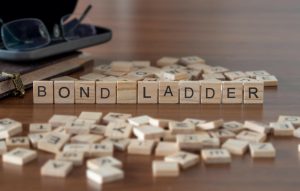 2022 has been brutal for investors so far, and the pain has not been limited to the equity markets. The U.S. bond market has suffered its worst period in over 40 years as bond prices repriced quickly in anticipation of the Federal Reserve raising interest rates aggressively to combat record inflation. From January 1st through the end of May, the Bloomberg US Aggregate Bond Index lost 8.9% of its value and the Bloomberg Long-term US Treasury Index, which measures the returns of Treasuries with maturities of 10 years or longer, is down 20.1%. This surpasses the previous record decline of -19.4% during the period from June 1979 to March 1980.

There are very few periods in market history where both stocks and bonds have experienced meaningful negative returns at the same time. The burst of inflation stemming from economic disruptions caused by the pandemic, massive fiscal and monetary stimulus in both 2021 and 2022, the Russia-Ukraine war, shortages of basic commodities, and increased consumer demand for goods, caught the Administration and central bank by surprise. The markets are now grappling with a swift reversal in Fed policy after many years of low rates and loose monetary conditions. Most bond investors have not experienced sharp increases in bond yields and principal losses since 1994, when the Fed surprised the market with a 25-basis point increase to slow inflation. At the time, it was the first rate increase in five years and it caused the bond market to adjust quickly. The Fed ended up increasing rates six times in 1994, moving the Fed Fund Target Rate from 3.00% to 5.50%. 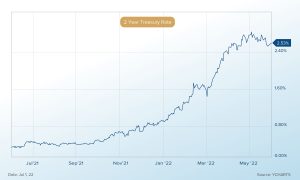 In recent years, risk-averse investors have been penalized due to extremely low interest rates and negative real yields. The silver lining of the shift to higher yields is the opportunity to generate more income. Spreads (the premium investors demand to hold riskier debt over risk-free Treasuries) have widened due to concerns over slower economic growth. Investment grade corporate debt spreads have increased to 140 basis points on average while US high yield (junk bonds) are 422 basis points over Treasuries. Though these spreads are elevated, they are below peak levels experienced during past economic contractions.

Despite the recent increase in spreads, we see the potential for further widening, so we recommend having an overweight position to US Treasuries. To take advantage of the rise in yields and to protect principal, we are laddering bond investments in Treasuries with maturities in the 6-, 12-, 18- and 24-month range. A bond ladder is a portfolio of individual bonds that mature on different dates. As the bonds on the lower end of the ladder (6 months) roll down and mature, the proceeds can be reinvested at the longer end (2 years). If interest rates rise, maturing bonds can be reinvested at higher rates. At current yields, a $500,000 bond portfolio of short treasuries can generate over $11,000 of annual income. Six months ago, that same portfolio would have generated approximately $1,400 of income.

Can rates move higher? Yes. Will the Fed’s target rate move beyond the 2.5%- 3% range? It is likely unless inflation declines quickly from its current level over 8%. The government has issued massive amount of debts and servicing that debt will be increasingly expensive as rates rise. Reducing public deficits and debt will be a focal point for policy debate in years to come. In the years after WWII, the US government had an incentive to keep rates low and let inflation run above nominal interest rates to reduce its massive debt burden that had built up to fund the war effort. The government now has the same incentive after accumulating a large debt load to stimulate growth during the economic weakness brought on by the pandemic.