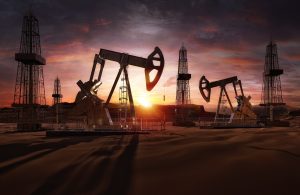 Crude oil is the fundamental source of energy for the world’s economy. As shown in the chart below, despite the growth of non-fossil sources of energy over the last 50 years, 84% of the world’s energy consumption still comes from fossil fuels. Aside from the popular uses of oil such as transportation, there are at least 6 categories of products, and roughly 6000 products made from crude oil. So while the growth of clean energy sources such as solar, wind and nuclear are welcome given the environmental impact and higher costs of fossil fuels, over the next 30 years fossil fuels are still projected to remain the primary energy source.

The demand (consumption) for crude oil remains strong. Although the demand for liquid fuels (oil & gas) dropped in 2020 due to the Covid lockdowns, as the global economy fully reopens, the forecast for 2022 and beyond, is for demand to exceed the pre-Covid levels. In addition, the demand for oil has remained strong across its sub-industries —Transportation (33%), Electric Power (28%), Industrial (26%), Residential & Commercial (14%). Given this widespread demand, even as oil prices rise, we expect the demand for oil to remain fairly strong.

Several recent actions taken by world governments and oil producers have limited production. The U.S. government for example has limited supply by preventing the expansion of the Keystone XL pipeline. This decision was based on concerns about the pipeline’s impact to climate, ecosystems, drinking water sources, and public health. The U.S. has also banned imports of petroleum, coal, and natural gas from Russia, which accounted for 8% of our nation’s supply.

Russia is the largest supplier of gas to Europe, nevertheless European countries have sanctioned Russia, limiting its ability to transport its oil and gas. Furthermore, Germany, the largest economy in Europe, has further limited its energy supply by halting the expansion of the Nord Stream natural gas pipeline — this pipeline was supposed to deliver 55 billion cubic meters of gas each year.  Finally, having struggled through record low oil prices during Covid, many oil producers have underinvestment, and are reluctant to increase supply. The independent producers do not want to repeat the mistake of flooding the world with oil; instead producers are “focused on cleaning up their balance sheets, and returning cash back to investors”. 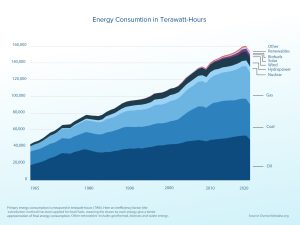 Year-to-date the energy sector has significantly outperformed the S&P 500. We believe the returns have primarily been driven by the conflict in Ukraine and by inflationary pressures. While we are bullish about the future performance of the energy sector, we are also aware of some of the sector risks. For example, there is a possibility that the spread of Covid may result in lockdowns, which would reduce the demand for oil. However, we expect that there will be strong political and economic pressures resisting any widespread lockdowns in most parts of the world.

As we’ve seen this year, oil is a volatile commodity. As the most heavily traded commodity its price is affected by several parties and factors such as geopolitical events, commodity traders, oil producers, banks, and hedge funds. Finally, there is the risk of additional government taxation or regulation. As the price of oil rises, there may be increased political pressure to regulate the profits of producers, and some members of congress have proposed a quarterly “windfall profits tax bill” on large oil companies.

Despite the fact that the energy sector is up year-to-date, oil stocks still have some of the lowest valuations. Therefore, based on oil’s strong demand, limited supply, and limited risk, we have increased our position in Shell (SHEL). We believe that Shell is one of the best positioned oil stocks based on its valuation, market cap, leverage and total returns.

Solidifying the Shift to Value