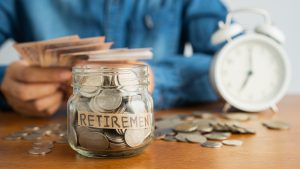 A new retirement bill known as the SECURE Act 2.0 is making its way through Congress. It aims to build on the SECURE Act of 2019 by giving Americans more incentives to save for retirement and proposes changes to required minimum distribution rules to allow individuals to keep their money in retirement accounts longer.

The SECURE Act of 2019 changed the rules around how an individual can save and withdraw money from retirement accounts. It was the first major legislative change to retirement tax laws in more than a decade. Now, new legislation under consideration includes extending required minimum distributions (RMDs) to later ages and increasing catch-up contribution amounts.

As a reminder, the original SECURE Act passed in 2019 included the following:

The following provisions have been proposed and are under consideration, but none have yet been enacted into law under the SECURE Act 2.0:

The SECURE Act 2.0 was passed by the House of Representatives in March with a 414 to 5 vote. A separate bill called the EARN Act was introduced in the Senate in September. Both bills would make significant changes to RMDs, but there are differences in the two bills’ RMD provisions. The odds of passing a major retirement bill before the end of the year look promising, but nothing is expected to get done until after the midterm elections in November.