Bear Market Arrives With A Roar

Bear Market Arrives With A Roar 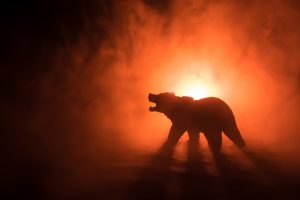 The equity market weakness of the first quarter extended into the second quarter, with the S&P 500 officially falling into bear market territory by mid-June. The index notched its worst first half since the Nixon Administration, down just under 20% year-to-date. Valuations continued to compress, with the forward price-to-earnings ratio falling to 15.8x, down from 21x at the start of the year. Equity valuations are now about in-line with the 25-year average.

Markets remain focused on rising inflation and the Federal Reserve’s plan to bring it under control. Inflation, as measured by the Consumer Price Index (CPI), rose from an annualized rate of about 7% at the start of the year to 8.54% in March. April saw a brief reprieve, with the CPI ticking a bit lower to 8.26%. Prices for semiconductors, shipping costs, and fertilizer had all begun to retreat, with lumber down more than 50% from the high. There were optimists who believed that “peak inflation” might be behind us.

The equity market fell precipitously as the realization set in that the Fed and other central banks around the world would have to tighten monetary policy more aggressively to rein in surging inflation.

And then came the May CPI report, which was released on June 10. Any hopes of “peak inflation” were dashed, with the report revealing that annualized inflation actually accelerated to 8.58% alongside rising oil, gasoline and food prices. Persistent supply chain problems that have lingered since the onset of the pandemic have been further exacerbated by the Russian invasion of Ukraine and Covid-related lockdowns in China which have shut down manufacturing hubs for weeks at a time. The equity market fell precipitously as the realization set in that the Fed and other central banks around the world would have to tighten monetary policy more aggressively to rein in surging inflation. 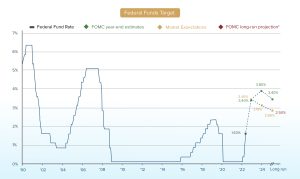 The Fed indeed reacted swiftly, announcing a 75 basis point increase at its June 15 meeting, to bring its benchmark target rate to 1.50-1.75%. The Fed will meet again in July and is expected to hike its benchmark rate by another 50-75 basis points. Treasury Secretary Janet Yellen acknowledged in an interview that she was wrong when she called inflation “transitory” last year and other Fed officials on “team transitory” made similar admissions.  In addition, the Fed has long planned to begin reducing the size of its massive balance sheet. The markets expect this will begin at a rate of $47.5 billion per month, eventually scaling to a $95 billion per month reduction. This process is known as “Quantitative Tightening.” 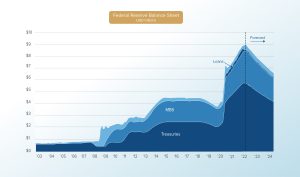 Many economists are now calling for a US recession. As inflation began ramping up over the last year, we saw an increasing risk of a Fed policy mistake. We identified three possible outcomes:

In our opinion, Scenario 3 would be the most devastating, as it would allow inflation to essentially become a runaway train. If that occurs, it will take much more aggressive rate hikes to ultimately bring inflation under control, with plenty of collateral damage. We saw this in the 1980s when the Volcker Fed needed to “break the back” of inflation and interest rates surged to ~20%.

Scenario 2 would of course be the ideal outcome, although the path toward a soft landing is looking extremely narrow at this point. The Fed’s recent actions lead us to weight the probability of Scenario 1 more heavily, where we have a near-term, Fed-induced recession. This would argue that the Fed already made the policy mistake by calling inflation “transitory” all last year, and so now they are overcorrecting to bring it under control, thereby reducing economic activity and causing a recession. The silver lining of this outcome is that Fed-induced recessions tend to be shallower and shorter than recessions caused by underlying systemic issues such as the leverage that ultimately caused the Great Financial Crisis. However, there will likely be pain in the interim.

The labor market, which rebounded quickly from the depths of the pandemic, has shown early signs of moderating. Most of the service sectors are still having trouble hiring, but some high-profile technology companies have begun announcing hiring freezes or layoffs. Wage growth currently sits above 5%, but has recently decelerated, and is still far below inflation levels of more than 8%. Consumer spending is also beginning to soften, with May retail sales declining from April and consumer confidence hitting an all-time low. Large retailers such as Target and Walmart announced poor results and excess inventory levels on lower-than-expected demand. Mortgage rates topped 6% this quarter, and homes for sale are beginning to see price reductions, indicating the hot housing market is headed for a slowdown.

We have taken steps to insulate client portfolios for more volatility ahead, including reviewing asset allocations and reducing equity exposure where appropriate, maintaining plenty of liquidity and implementing the construction of Treasury bond ladders (see Bond Ladder). On the equity side, we have shed many of the high valuation stocks that depend on cheap money for future growth in favor of defensive, value-oriented companies that have low valuations and pay dividends.

Solidifying the Shift to Value